Three Pathways to Publication (Excluding Deals with the Devil)

In this post, I discuss three of my articles and what the experience was of getting them through peer review and their ultimate publication. Some of the details are a little foggy — in some cases, it’s been upwards of seven years since I started work on the articles mentioned here — but most of what I want to convey is that getting a manuscript to publication depends on two things: 1) don’t take criticisms and rejection too seriously, and 2) make sure you’re writing for the right audience. If you’re doing the second, the first should be minimized anyway… 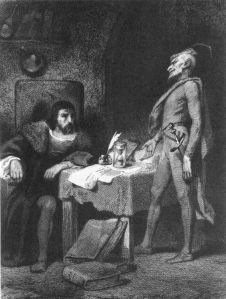 I should say at the outset that I’m leaving names of journals out, since editorial shifts happen frequently and my experience of any of the journals I’ve interacted with in the past isn’t predictive of your experience with the same journal or editors. I’ve also kept all of my peer reviews, editorial decisions, and other paperwork from all my publication efforts, and I draw on them below.

So, first off is ‘Natural Hegemonies.’ I had written it as a job talk back in 2006, and presented it in a few of different versions as colloquium talks and workshop presentations. It’s sprawling, and covers a lot of the content from my dissertation — and later, book — in summary format. It was usually well received by audiences, and so it seemed like the good basis for an article to send to a flagship journal. After some fine tuning, I sent it to an anthropology journal generally seen as one of the top of the field. It spent a long time in peer review, and when it returned to me it was returned as a revise and resubmit with five reviews. The reviews were generally positive, with a couple very glowing reviews. The editors had a series of revisions they were seeking, and I set to work on them; they also, in retrospect, had deep philosophical disagreements with me, and if I was reading clearly at the time, I would probably have pulled up stakes after the first round of reviews…

After revising it, I sent it back, and this time it was under review for even longer than the first time. When it was returned to me, it was sent back as a rejection, despite having generally positive reviews. Reviewers said things like ‘I found just about every aspect of this text compelling and thoughtful. I urge publication of the manuscript in its current form’ and ‘This is a great paper, which I enjoyed reading immensely. The paper is engaging, flows, and connects together a series of seemingly unrelated themes together in such a way that they appear in retrospect to be inevitable and one wonders why one never thought about it before. This is the hallmark of a very engaging and persuasive argument, one that appears impossible at the outset and inevitable in retrospect. I’d certainly publish it.’ But the editors disagreed. Which, ultimately, was fine. I worked on the manuscript for a couple of hours — addressing only the big things pointed out by reviewers from the last round of review — and sent it to Current Anthropology the same day it was rejected from the other journal. After a round of peer review, it was accepted with minor revisions. I set to work on those revisions, and it ended up coming out in 2011.

What I realized in working on ‘Natural Hegemonies’ was that the kind of article it was — sweeping in its empirical scope and making a pretty theoretical argument — just wasn’t right for the first journal I sent it to. Despite the peer reviewers, the editors saw the mission of the journal as promoting a different form of anthropological scholarship, which my manuscript didn’t quite fit. But Current Anthropology offered a more ecumenical approach to the discipline, and the article fit right in there.

A more straightforward path was that of ‘Therapy, Remedy, Cure.’ I originally wrote it as a colloquium talk around the publication of my book, and presented it a couple of times over the course of a year. Because it was largely ethnographic and developed an argument I saw as of potentially broad appeal — about time, capitalism and medical treatment — I decided to take another stab at publishing in a flagship anthropology journal. Based on what I had seen in the journal recently, I thought the editor would be interested in the piece, and work with me on revising it as needed. But the editorial reigns had just been handed over, and the new editor seemed to have different tastes, including kinds of reviewers to send things to for review.

Of the three reviews that were returned to me, the first was principally concerned that my methods section was a footnote rather than in the body of the article, which would seem easily remedied (and was an artifact of the paper as a presentation). The second reviewer had a number of suggestions, and asked for revisions prior to publication. The third reviewer wrote a three sentence — and extremely positive — review. Despite the reviews, the editor ‘definitively’ rejected the piece. Not to be dissuaded, I sent it out the same day to Medical Anthropology, a journal I had published in before and always had excellent experiences with.

At Medical Anthropology, the piece received favorable reviews, and was accepted pending revisions, most of which were minor. In my experience, sometimes minor revisions are the hardest to make, since they’re usually just to satisfy specific peer reviewer concerns, and they always stick out to me as being just that. But I set down to work on the manuscript, addressed what I needed to, and sent the article back for review within a couple of months, at which point it was accepted for publication. Again, although I thought the argument would be of broad disciplinary interest — maybe it is? — the best home for it was a subfield journal where the kind of evidence and argumentation that was the basis of the manuscript was easily recognized and supported.

Maybe the easiest — yet longest — experience I had was with ‘Where Have All Our Naps Gone?‘ The meat of this paper was in my dissertation (which focuses on various experiments with sleep over the 20th century), but it didn’t really fit into the book version. Being largely historical in its focus, I decided to send it to history journals. Over five years, I sent it to five journals. Maybe it was even more than that. Of those journals, a couple times it was rejected without peer reviews — the editors simply thought it wasn’t interesting and right for their audience. A couple other times it underwent peer reviews, and was ultimately rejected for one reason or another. I was asked to present something at a workshop on sleep in the 20th century, so I dusted the manuscript off and presented it there, where it received a favorable response — which reaffirmed my sense that there was something to the argument, but that maybe it just wasn’t right for historians.

I was asked by Peter Benson and Rebecca Lester to guest edit an issue of Anthropology of Consciousness on sleep, and it dawned on me that maybe this would be the right venue for the piece. Instead of writing a lengthy introduction to the issue, I asked for the article to go through peer review for consideration in the journal. The review process was relatively painless, which may have been because it was a special issue, or because I had been working on the manuscript on and off for so long — or maybe because it finally found the right audience. At Anthropology of Consciousness, the article ended up winning the annual ‘outstanding article’ award — something I didn’t even know existed, but it made it evident to me that the article had finally found its audience. Maybe historians will get turned onto it sooner or later…

Over the years, I’ve learned to not take rejection as an indictment of my abilities, my research or my writing. The biggest help on this front was peer reviewing other people’s work, often that of people I knew and respected. Critically reading through other people’s work with the goal of helping them publish also helped me see some of the mistakes that I was making. Going through peer review and doing peer review significantly changed my thinking about writing and how finished something needed to be before it could be sent out — a three-quarters finished manuscript might risk rejection from an editor, but it also gives reviewers a lot to respond to and help you work through.

My general rule is to write a new article manuscript every year. Part of my reason for doing so is that I don’t like presenting the same material as colloquium talks more than a few times, so I’m always looking towards the next presentation. The other reason for doing so is that it takes the burden off any one manuscript to get published. If something gets hung up in peer review for a year or two, like ‘Natural Hegemonies’ did, I know some other stuff will make it through to publication in the meantime.

But, generally, rejection is no big deal. This isn’t to say that you should ignore why things are getting rejected, but that rather than over think why things are being rejected, you should take the criticisms seriously, address them as succinctly as you can, and move on. Targeting the right audience will reduce your overall rejection rate, but it’s absolutely normal for an article manuscript to be rejected once or more on its way to eventual publication…

Matthew Wolf-Meyer is an Associate Professor of Anthropology at Binghamton University, where he teaches courses on critical medical anthropology, science and technology studies, and bioethics. He is author of The Slumbering Masses: Sleep, Medicine & Modern American Life (UMN Press, 2012), Theory for the World to Come: Speculative Fiction and Apocalyptic Anthropology (UMN Press, 2019), and Unraveling: Remaking Personhood in a Neurodiverse Age (UMN Press, 2020). He blogs at matthewwolfmeyer.com and somatosphere.net. View all posts by Matthew Wolf-Meyer